Hemochromatosis (he-moe-kroe-muh-TOE-sis) causes your body to absorb too much iron from the food you eat. Excess iron is stored in your organs, especially your liver, heart and pancreas. Too much iron can lead to life-threatening conditions, such as liver disease, heart problems and diabetes.

There are a few types of hemochromatosis, but the most common type is caused by a gene change passed down through families. Only a few people who have the genes ever develop serious problems. Symptoms usually appear in midlife.

Treatment includes regularly removing blood from your body. Because much of the body's iron is contained in red blood cells, this treatment lowers iron levels. 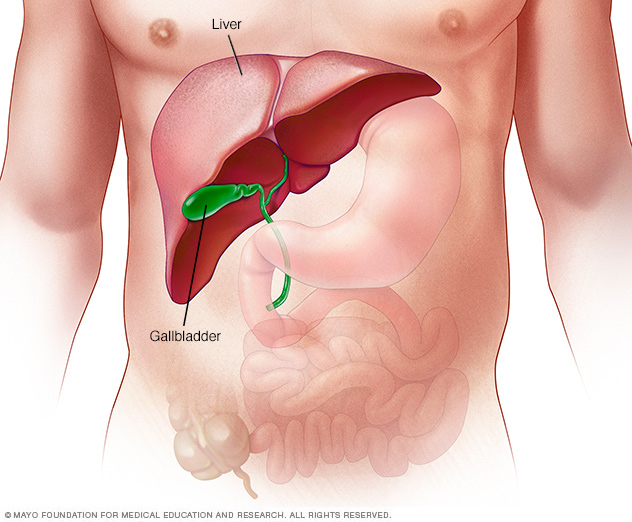 Some people with hemochromatosis never have symptoms. Early symptoms often overlap with those of other common conditions.

The most common type of hemochromatosis is present at birth. But most people don't experience symptoms until later in life — usually after age 40 in men and after age 60 in women. Women are more likely to develop symptoms after menopause, when they no longer lose iron with menstruation and pregnancy.

Hemochromatosis is most often caused by a change in a gene. This gene controls the amount of iron your body absorbs from food. The altered gene is passed from parents to children. This type of hemochromatosis is by far the most common type. It's called hereditary hemochromatosis.

Gene mutations that cause hemochromatosis

A gene called HFE is most often the cause of hereditary hemochromatosis. You inherit one HFE gene from each of your parents. The HFE gene has two common mutations, C282Y and H63D. Genetic testing can reveal whether you have these changes in your HFE gene.

How hemochromatosis affects your organs

Iron plays an essential role in several body functions, including helping produce blood. But too much iron is toxic.

A hormone secreted by the liver, called hepcidin, controls how iron is used and absorbed in the body. It also controls how excess iron is stored in various organs. In hemochromatosis, the role of hepcidin is affected, causing the body to absorb more iron than it needs.

This excess iron is stored in major organs, especially the liver. Over a period of years, the stored iron can cause severe damage that may lead to organ failure. It also can lead to long-lasting diseases, such as cirrhosis, diabetes and heart failure. Many people have gene changes that cause hemochromatosis. However, not everyone develops iron overload to a degree that causes tissue and organ damage.

Factors that increase your risk of hemochromatosis include:

Untreated, hemochromatosis can lead to a number of complications. These complications especially affect your joints and organs where excess iron tends to be stored, such as your liver, pancreas and heart. Complications can include:

Hemochromatosis can be difficult to diagnose. Early symptoms such as stiff joints and fatigue may be due to conditions other than hemochromatosis.

Many people with the disease don't have any symptoms other than high levels of iron in their blood. Hemochromatosis may be identified because of irregular blood test results after testing is done for other reasons. It also may be revealed when screening family members of people diagnosed with the disease.

The two key tests to detect iron overload are:

These blood tests for iron are best performed after you have been fasting. Elevations in one or all of these tests can be found in other disorders. You may need to have the tests repeated for the most accurate results.

Your health care provider may suggest other tests to confirm the diagnosis and to look for other problems:

Genetic testing is recommended for all parents, siblings and children of anyone diagnosed with hemochromatosis. If a gene change is found in only one parent, then children do not need to be tested.

Health care providers can treat hemochromatosis safely and effectively by removing blood from the body on a regular basis. This is similar to donating blood. The process is known as phlebotomy.

The goal of phlebotomy is to lower your iron levels. The amount of blood removed and how often it's removed depend on your age, your overall health and the severity of iron overload.

Treating hemochromatosis can help relieve symptoms of tiredness, stomach pain and skin darkening. It can help prevent serious complications such as liver disease, heart disease and diabetes. If you already have one of these conditions, phlebotomy may slow the progression of the disease. In some cases, it may even reverse it.

Phlebotomy can't reverse cirrhosis or joint pain, but it can slow the progression.

If you have cirrhosis, your health care provider may recommend occasional screening for liver cancer. This usually involves an abdominal ultrasound and CT scan.

Chelation for those who can't undergo blood removal

Phlebotomy may not be an option if you have certain conditions, such as anemia or heart complications. Instead, your provider may recommend a medicine to remove excess iron. The medicine can be injected into your body, or it can be taken as a pill. The medicine binds excess iron, allowing your body to expel iron through your urine or stool in a process that's called chelation (KEE-lay-shun). Chelation is not commonly used in hemochromatosis.

In addition to therapeutic blood removal, you may further reduce your risk of complications from hemochromatosis if you:

Make an appointment with your primary health care provider if you have any symptoms that worry you. You may be referred to a specialist in digestive diseases, called a gastroenterologist, or to another specialist, depending on your symptoms. Here's some information to help you get ready for your appointment, and what to expect.

Some basic questions to ask include:

Don't hesitate to ask other questions during your appointment.

Be ready to answer questions your provider may ask: