Lynch syndrome is a condition that increases the risk of many kinds of cancer. This condition is passed from parents to children.

Families that have Lynch syndrome have more instances of cancer than expected. This might include colon cancer, endometrial cancer and other types of cancer. Lynch syndrome also causes cancers to happen at an earlier age.

Lynch syndrome used to be called hereditary nonpolyposis colorectal cancer (HNPCC). HNPCC is a term used to describe families with a strong history of colon cancer. Lynch syndrome is the term used when doctors find a gene that runs in the family and causes cancer.

People with Lynch syndrome may experience:

If a family member has Lynch syndrome, tell your health care provider. Ask your provider to help set up an appointment with a professional trained in genetics, such as a genetic counselor. This person can help you understand Lynch syndrome, what causes it and whether genetic testing is right for you.

Lynch syndrome is caused by genes that are passed from parents to children.

Genes are pieces of DNA. DNA is like a set of instructions for every chemical process that happens in the body.

As cells grow and make new cells as part of their lifecycle, they make copies of their DNA. Sometimes the copies have errors. The body has a set of genes that hold the instructions for finding the errors and fixing them. Doctors call these genes mismatch repair genes.

People with Lynch syndrome have mismatch repair genes that don't work as expected. If an error happens in the DNA, it might not get fixed. This could cause cells that grow out of control and become cancer cells.

Diagnosing Lynch syndrome might start with a review of your family history of cancer. Your health care provider will want to know whether you or anyone in your family has had colon cancer, endometrial cancer and other cancers. This may lead to other tests and procedures to diagnose Lynch syndrome.

Your provider may want you to consider genetic testing for Lynch syndrome if your family history has one or more of the following:

If you or someone in your family has had cancer, a sample of the cancer cells might be tested.

Tests on cancer cells include:

Genetic testing looks for changes in the genes that cause Lynch syndrome. You may give a sample of your blood for this test.

There's no cure for Lynch syndrome. People with Lynch syndrome often have tests to look for early signs of cancer. If cancer is found when it's small, treatment is more likely to be successful.

Sometimes cancer can be prevented with operations to remove some organs before they can develop cancer. Talk with your health care provider about your options.

Cancer screening tests are tests that look for signs of cancer in people who don't have any cancer symptoms. Which cancer tests you need depends on your situation. Your health care provider will consider which Lynch syndrome gene you carry. Your provider also considers what cancers run in your family.

You might need other tests if your family has a history of other types of cancer. Ask your provider about which tests are best for you.

Some research suggests that taking a daily aspirin may lower the risk of cancer in people with Lynch syndrome. More research is needed to understand how much aspirin is needed to get the most benefit. Discuss the potential benefits and risks of aspirin therapy with your provider. Together you can decide whether this might be right for you.

In certain situations, you might consider surgery or treatments to prevent cancer. Discuss the benefits and risks with your health care provider.

Treatments may be available for: 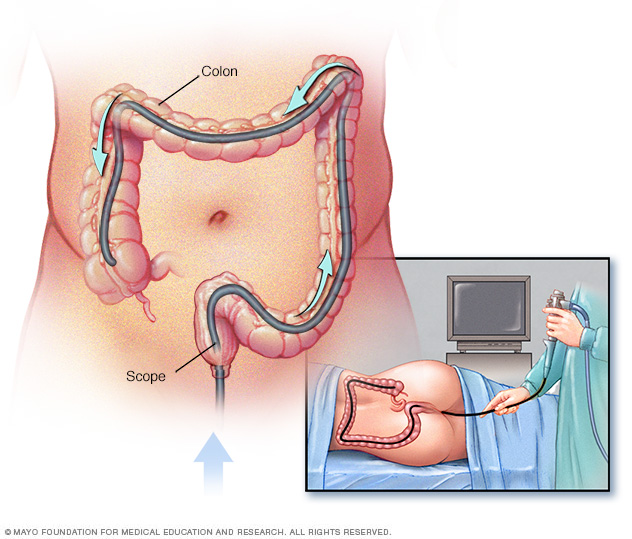 Having Lynch syndrome can be stressful. Knowing that you have an increased risk of cancer can make you feel worried about your future. In time, you'll find ways to cope with the stress and worry. Until then, you might find it helpful to:

If your health care provider thinks you could have Lynch syndrome, they may suggest that you meet with a genetics professional, such as a genetic counselor.

A genetics professional can help you decide whether genetic testing would be useful for you. If you choose to have the test, they can help you understand your results.

To prepare for your meeting with the genetics professional:

Prepare a list of questions to ask. Questions could include: