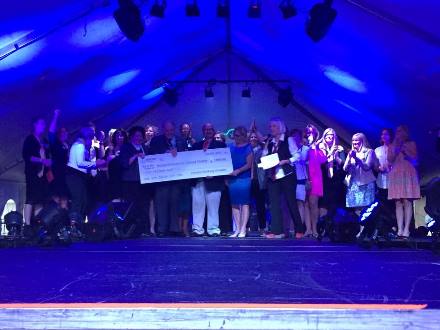 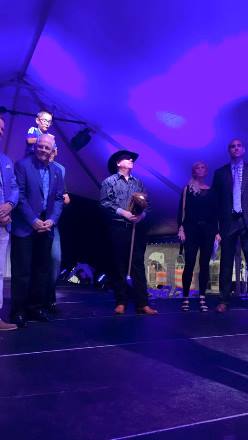 Jackson National Life’s Jim Croom earned the title of “Top Dapper Dad” by raising close to $73,000 for women’s health initiatives. He was followed by a dozen other top vote-getters (in order): Goran Jurkovic, George Poletes, M.D., Kris Burak, Jack Davis, Charles Blockett, Glenn Granger, Mark Burzych, Jason Cochran, D.O., Rocco Rucinski, Jeff Demey, Dan Warmels, and Mike Seling. Each will appear in a special Dapper Dads Calendar that will be available for order this September through the Sparrow Foundation and online at SparrowFoundation.org/DapperDads.

The Dapper Dads Challenge consists of two parts: A 12-week campaign for online votes from the region, and the Dapper Dads Fashion Show (the culmination of the Challenge). Each vote costs $5, is tax-deductible and supports W3’s mission of improving women’s health in mid-Michigan.

This year's participants scored record-breaking numbers of votes during the campaign and at the Fashion Show held at Kositchek’s and emceed by MSU Women’s Basketball Coach Suzy Merchant and Dave Thomas, MSU Director of Men’s Basketball Operations.

This year’s models helped W3 fulfill its pledge of $1 million to the Sparrow Herbert-Herman Cancer Center that is being built across from Sparrow Hospital on Michigan Avenue in Lansing.

Annual sponsors of the event are Kositchek’s and the University Club of MSU. This year’s runway sponsor was Feldman Chevrolet of Lansing, with musical entertainment by Phil Denny and photography by Lights On Studio.

Heading into this year, annual event had raised more than $1.1 million in support of the physical and psychological health of women in mid-Michigan.