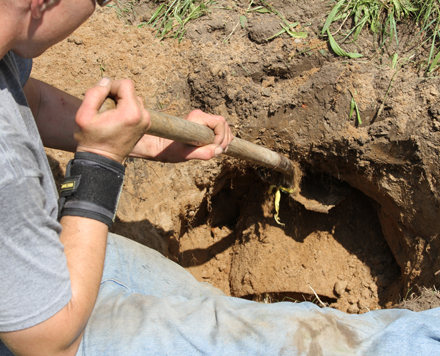 Excitement mounted when the radar returned several hits in the area where the capsule was believed to be buried. Lots of hard work, sweat, and several holes later, however, it only turned up a large chunk of concrete and an old bucket filled with cans and jars.

While the hunt has been unsuccessful, thus far, we will continue our search as work at the former school site continues.