Chair named for Sparrow Carson Hospital Board of Directors

CARSON CITY, MI – Community leader Carol Priebe-Wiles has been named chair of the Sparrow Carson Hospital Board of Directors.

Priebe-Wiles has served on the Sparrow Carson Hospital Board since 2016 and community involvement is one of her passions.

Priebe-Wiles spent her career in various teaching positions in the Carson City-Crystal Area School District, including as a special education instructor and first-grade teacher at Hubbardston Elementary and principal at Carson City-Crystal Lower Elementary. Following retirement, she remained as a language arts consultant and mentor.

She and husband, Dick, have three children and five grandchildren. Priebe-Wiles also serves on boards at her church, Carson City United Methodist Church, and on the 100 Women of Montcalm County Board. 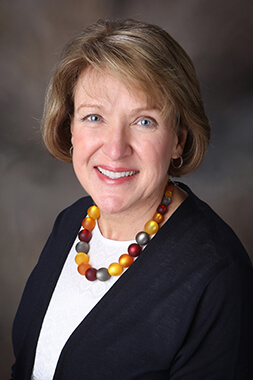 “This hospital means so very much to me personally, our friends and local residents. I have played the beautiful piano in the lobby for 15 years and enjoy watching interactions between the caregivers and our patients, and with each other. I so appreciate and value the hard work and dedication of our health care workers,” Priebe-Wiles said.

Local governing board such as the Sparrow Carson Board of Directors are very important. These members provide countless hours reviewing materials that allow them to make strategic decisions,

For more information about Sparrow Carson, go to www.Sparrow.org/Carson.

Sparrow Carson Hospital is a subsidiary of Sparrow Health System. As Mid-Michigan’s premier health care organization, Sparrow includes hospitals in Lansing, Carson City, Charlotte, Ionia and St. Johns, as well as Physicians Health Plan, Sparrow Care Network, Sparrow Medical Group, the Michigan Athletic Club and AL!VE. Sparrow is affiliated with Michigan Medicine through the Sparrow Children’s Center and with Michigan State University’s three human health colleges. Through these partnerships and the dedication of our 10,000 caregivers, Sparrow pursues a vision to be nationally recognized as a leader in quality and patient experience. For more information, visit Sparrow.org.