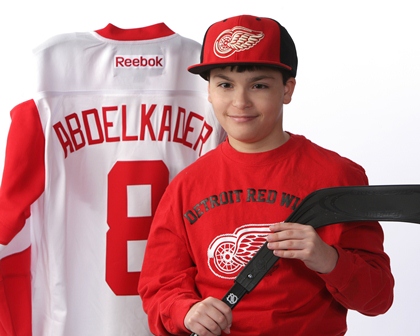 MSU Football Coach Mark Dantonio will be among the hosts of the Children's Miracle Network Hospitals 27th Annual Sparrow Children’s Center Telethon from 8-11:30 p.m. on Friday, May 29 and noon to 6 p.m. on Saturday, May 30 on WILX TV 10.

The Telethon’s national broadcast, which benefits CMNH, will be hosted by Marie Osmond and John Schneider, with special appearances by new CMNH spokeswoman Jennifer Lopez and other celebrities. Local hosts also include most of the WILX anchors and reporters, Sparrow Vice President of Development and Strategic Partnerships Stella Cash, and MSUFCU President and CEO April Clobes.

Our 2015 Sparrow Children’s Center Miracle Child Garrett McGowan will also be on hand during the live broadcast from the Sparrow Professional Building, 1200 E. Michigan Avenue, Lansing. Be a champion for Garrett and many other children who need your help by calling in during the Telethon at 517.364.KIDS.

The Sparrow Children's Center has been mid-Michigan’s Children's Miracle Network Hospital since 1988. Last year, the campaign raised more than $1,011,714. As of today, more than $20 million has been donated through the generosity of mid-Michigan residents. All CMNH donations made in the mid-Michigan region stay with Sparrow, to benefit our mid-Michigan friends and neighbors. These gifts help build and strengthen the programs and facilities that give our young Patients the best care possible. When you make a pledge to the Sparrow Children’s Center, you're providing support and hope to children in our community, especially to those who may otherwise be unable to pay for their treatments.