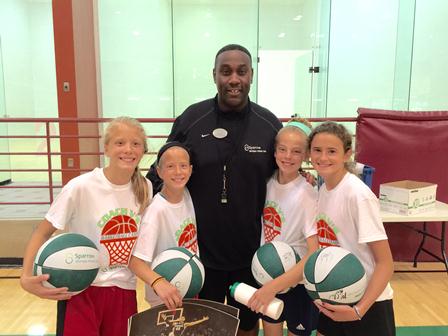 Last week boys and girls 8 to 14 years of age were treated to a special session of Coach V's Basketball Camp at the Sparrow Michigan Athletic Club. 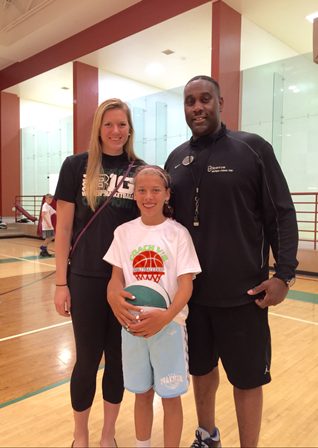 Four current or former Michigan State University Basketball players were on hand to share their stories of how they got to where they are today: MSU senior Denzel Valentine, a current Sparton who also played on the USA Pan AM men's team; Gary Harris, a former Spartan who now plays for the Denver Nuggets; MSU sophomore Marvin Clark; and former MSU Women's Basketball player Becca Mills, who is heading to Spain to play professional women's basketball. 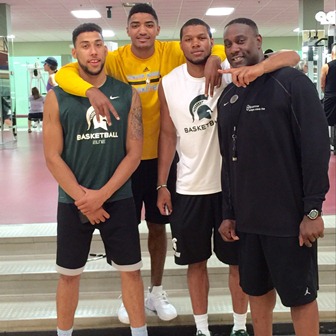 The camp is run by former MSU player Carlton Valentine, who's been coaching for 21 years and has been running the basketball camp at the M.A.C. for the past five years. Carlton played for MSU for four years and then spent six years as a professional player in Europe.

The next camp will be during winter break. Individual coaching sessions are also available. To learn more call the Sparrow M.A.C. at 517.364.8888. 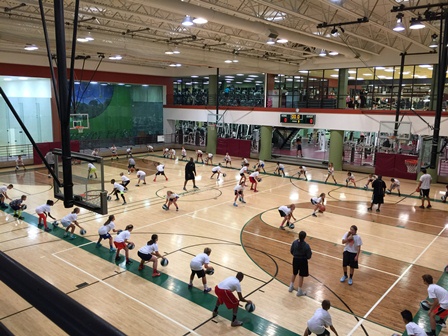