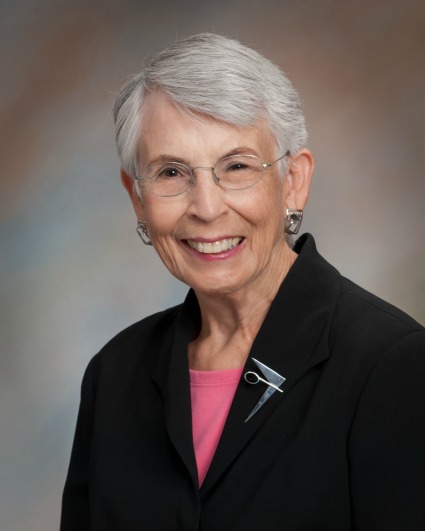 Slagle has served Sparrow for nearly 20 years in roles ranging from President of the Women’s Board of Managers and the Sparrow Women’s Association to membership on the Sparrow Board of Directors and Sparrow Foundation Board. She has been instrumental in raising awareness of the tremendous impact that Volunteers have at the hospital.

Since beginning her service to Sparrow in 1999 as a Volunteer Escort, her achievements have included helping to facilitate the 100th year celebration of Edward W. Sparrow’s donation of the building on Michigan Avenue for Sparrow Hospital.

Prior to her Volunteer work at Sparrow, Slagle had an accomplished career in food service operations and public education and is a member of Michigan State University’s Hospitality Business Hall of Fame.

Sparrow is honored to present Slagle with the 22nd Founders’ Award for her Volunteerism and service to the mid-Michigan region.

Today’s Founders’ Day celebration marks Sparrow’s 121st year of service to the region. Sparrow was founded in 1896 by a group of 114 female Volunteers as the Lansing Women’s Hospital. In 1912, the new hospital was built at the current site at 1215 E. Michigan Avenue.

Past recipients of the award are: