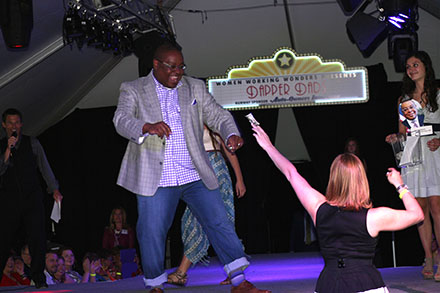 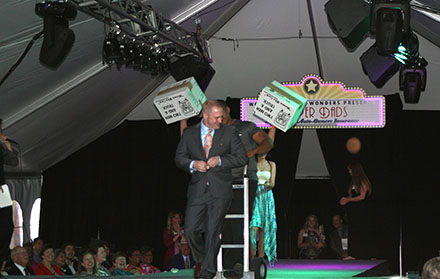 Randy Shacka, President, TWO MEN AND A TRUCK®, "moves" down the runway during the fashion show at Kositchek's in Lansing.

Lansing's leading men walked the runway during the fifth annual Dapper Dads Fashion Show was held at Kositchek's on June 5.

Thank you to all of our wonderful Dapper Dads and Dudes that walked the runway to help us provide quality, compassionate care for the women of mid-Michigan.