LANSING, MI – During a heartfelt and emotional ceremony, Sparrow Specialty Hospital recently honored Carrie Shrock, RN, with a DAISY Award in recognition of the special care she provided to a very special patient.

Shrock was nominated for a DAISY Award for extraordinary nursing by the mother of a patient who sadly passed away from an eating disorder.

“Carrie provided wonderful care to our daughter, Allison,” said Tammie Rademacher of Grand Ledge. “Carrie was the one nurse she could really connect with.”

Allison was a patient of Schrock’s after she suffered a brain injury from a fall and was admitted to Sparrow Specialty Hospital last year. Although she recovered from her injury and was able to return home, Allison’s struggles with her eating disorder continued and she passed away last summer. But that didn’t stop her mom from wanting to honor the nurse who meant so much to her daughter, helped her recover from her brain injury and allowed her to return home.

“Allison would be so proud and happy that Carrie got this award,” said Tammie Rademacher. 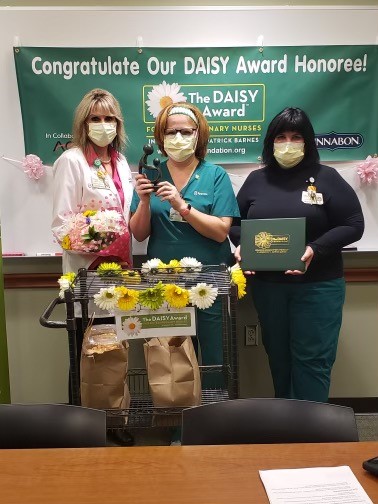 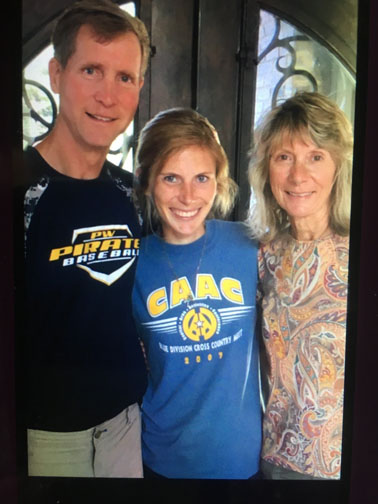 Allison’s parents were grateful to watch Schrock receive the award via Zoom. “We were just thankful to be a part of it,” said Tammie Rademacher.

DAISY is an acronym for Diseases Attacking the Immune System. The DAISY Award is a national program created in memory of J. Patrick Barnes who died in 1999 of Idiopathic Thrombocytopenia Purpura, or ITP, at age 33. His family was overwhelmed by the skillful and compassionate nurses who cared for him, and the DAISY Foundation and Award were created in gratitude.

Shrock received a certificate, a DAISY pin, and a beautiful stone sculpture called A Healer’s Touch, hand-carved by artists of the Shona Tribe in Zimbabwe. The sculpture depicts the embracing relationship Nurses have with their Patients.

Sparrow is Mid-Michigan’s premier healthcare organization and includes hospitals in Lansing, Carson City, Charlotte, Ionia and St. Johns, as well as Physicians Health Plan, Sparrow Care Network, Sparrow Medical Group, the Michigan Athletic Club, and AL!VE. Sparrow is affiliated with Michigan Medicine through the Sparrow Children’s Center and with Michigan State University’s three human health colleges. Through these partnerships and the dedication of our 10,000 Caregivers, Sparrow pursues a vision to be nationally recognized as a leader in quality and Patient experience. For more information, visit Sparrow.org.