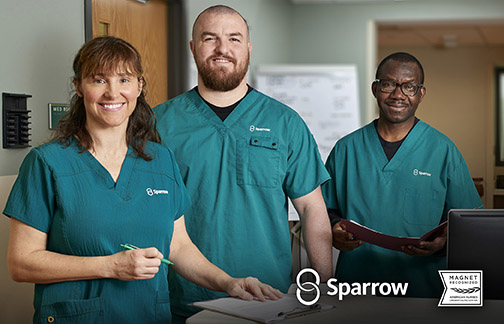 LANSING, MI – Sparrow has achieved redesignation as a Magnet® Nursing Hospital, placing it among an elite group nationwide that have the highest level of nursing excellence.

This recognition, announced Monday by the American Nurses Credentialing Center (ANCC) Magnet Recognition Program®, is the nation’s most prestigious honor for nursing achievement and is considered the “gold standard” for nursing care in hospitals.

Sparrow was originally designated as a Magnet hospital in 2009 and its ongoing commitment to clinical and service excellence helped meet the stringent redesignation standards.

The ANCC is the largest and most prominent nursing credentialing organization in the United States.