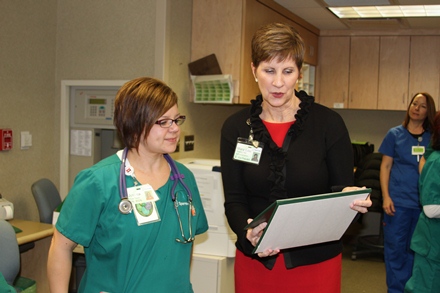 Medical/Surgical Float Nurse Jessica Devereaux receiving the DAISY Award from Senior Vice President and Chief Nursing Officer Mary Lou Wesley Jessica Devereaux, BSN, RN, truly knows and has shown the needs of her Patients always come first, even if they have little to do with medical care.

The Medical/Surgical float nurse was recognized with the December DAISY Award for going above and beyond to ensure her Patient’s pet and car were cared for while she was hospitalized. 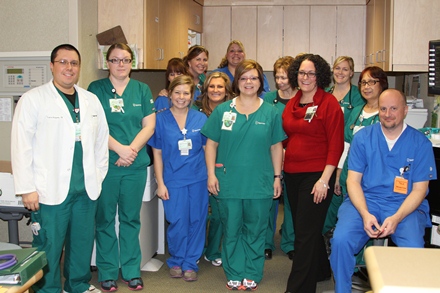 After her Patient told her she had no one to look after her cat, Devereaux arranged for the veterinarian’s office staff to pick up house keys at Sparrow and retrieve the cat so they could care for it.

Devereaux also drove nearly 40 miles out of her way, after a 12-hour shift, to close the car windows on the Patient’s car, parked at her Physician’s office.

Devereaux knew her Patient didn’t have anyone who could help her move her car so she and a fellow Caregiver did. On her day off, Devereaux drove from her home in Laingsburg back to Sparrow to return the keys.

“She said she would hope someone would do the same for her mother," read her nomination form. “She became aware of her Patient’s emotional needs and took time away from her own family to meet them. All in a day’s work? I think not.” 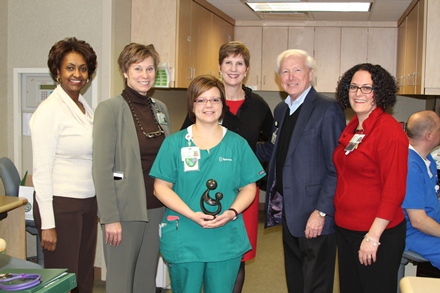 Devereaux received a certificate, a DAISY pin to wear at work and beautiful serpentine stone sculpture carved by the artists of the Shona Tribe in Zimbabwe. The sculpture depicts the embracing relationship Nurses have with their Patients.