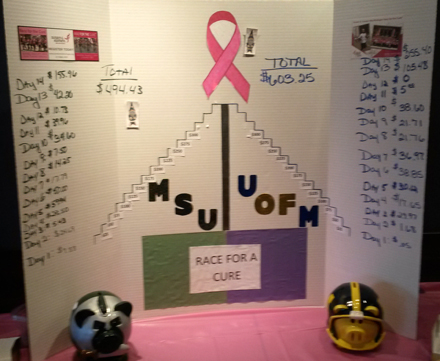 In May of 2012, PHP lost a wonderful Caregiver named Myrtle who fought breast cancer with an uncommon dignity and grace. PHP thought very highly of Myrtle and wanted to do something to pay tribute to her. In 2013, the "Myrtle's Turtles" team was formed to walk in the Susan G. Komen Race for the Cure. For 2014, Myrtle's Turtles wanted to do more.

From March 10-27, PHP Caregivers competed, based on their loyalty to either the University of Michigan or Michigan State University, to raise money for those who are still fighting this disease.

In addition to direct donations to the dueling piggy banks, Sandra Jackson also sold Chicken Enchilada lunches for $5 and miniature change purses with all proceeds going to the foundation.

In total, over $1,600 was raised with the University of Michigan team winning by a margin of $108, allowing them to wear their jersey for jean day on March 28th. 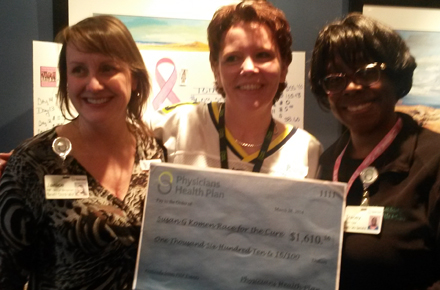