Sally Burke is April's Volunteer of the month 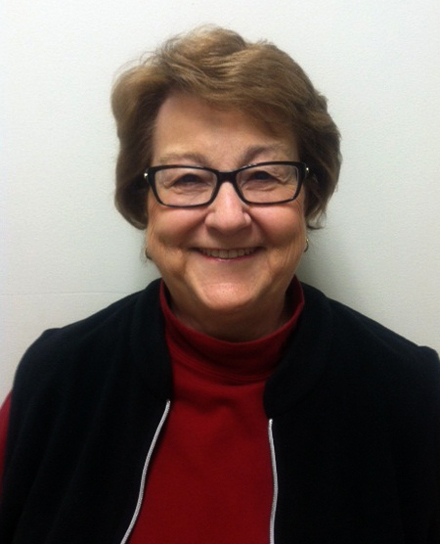 The Sparrow Women's Board of Managers and Sparrow Volunteer Services Department have named Sally Burke, of Delta Township, as the April Volunteer of the Month.

Burke was born and raised in Wisconsin. She attended the University of Wisconsin for three years and following a move to Michigan, completed her degree in journalism at Wayne State University. Burke worked as a news editor for The Northville Record.

After moving to the Lansing area, Burke was invited by another Sparrow Volunteer to join Sparrow's Angelus League, a sewing and fundraising group at the time, where she participated in style shows at Jacobsen's Department Store, cookbook sales, group trips, "Pinkie the Puppet" and various luncheons. Burke is still with the Angelus League after more than 33 years, sewing Patient gait belts, walker bags, stuffed animals and comfort pillows.

Burke spends many hours sewing in her own home, has designed many of the items the group sews, and is generous not only with her time, but often purchases the materials needed for projects.

Burke has also been a member of the Mary Magdalen League at the St. Lawrence campus where she has worked in the gift shop for 18 years. As an active emeritus member of the Sparrow Women's Board of Managers, Burke serves on their House Décor committee.

Outside of Sparrow, Burke bakes for funeral luncheons at St. Gerard Church and is in their hand bell choir.

Burke and her husband Frank have two sons and three grandchildren.

In her spare time, Burke likes to sew, cook, garden, visit with family, and travel to Northern Michigan.

Burke likes volunteering at Sparrow because she feels like she is making a positive contribution to help Patients and their families. According to Burke she gets as much out of it as she gives and Sparrow makes her feel welcome and appreciated.