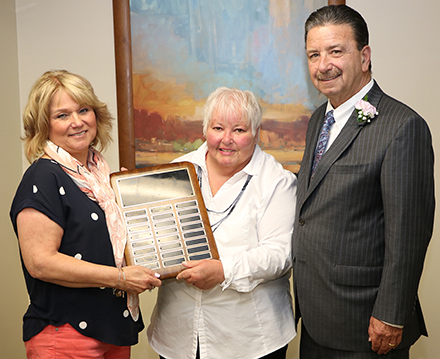 Outgoing President Shelley Redman was recognized for her service.

Gay Baker was named 2016 Auxilian of the Year. Baker received special recognition from her peers for her dedication to volunteer leadership and service through Auxiliary projects.