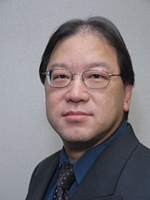 A Sparrow cardiologist has been published in the prestigious New England Journal of Medicine for his role in a groundbreaking study on an innovative new pacemaker.

John Ip, M.D., one of the principal investigators of the Sparrow Clinical Research Institute (SCRI), was among the first Physicians in the nation to implant the leadless pacemaker device in February 2014. Since then, 42 Patients have received the device through SCRI, and 504 have been successfully implanted nationwide.

The miniature-sized cardiac pacemaker has no electrical leads and is implanted directly into the heart during a catheter procedure through the groin, rather than through chest surgery.

Dr. Ip, who co-authored the report in the NEJM with 15 other researchers around the country, implanted more of the devices than any other Physician in the study.

He recently presented the study’s findings to the European Society of Cardiology – the largest meeting of cardiologists in the world.

The Sparrow Clinical Research Institute was invited to participate in the leadless study by the device’s manufacturer, St. Jude Medical, Inc.

SCRI was formed in 2012 to expand the work of the former Thoracic & Cardiovascular Healthcare Foundation, which conducted clinical research in cardiology, electrophysiology and cardiovascular surgery. Today, SCRI is helping Sparrow broaden its research focus and national reputation.