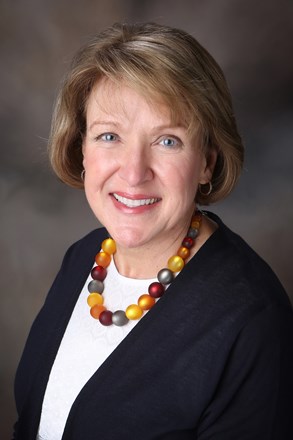 Carol Wiles, a longtime area educator and hospital Volunteer, has been named the newest member of the Sparrow Carson Hospital Board of Directors.

Wiles worked for the Carson City-Crystal Area School District for over 40 years, starting as an elementary school teacher and eventually became principal of Carson City Lower Elementary before retiring in 2014.

She has continued to mentor students at Carson City Lower Elementary and has worked on fundraising efforts for the remodeling of Sparrow Carson Hospital and on construction of Fort Frontier community park. In 2013, she was honored as Carson City Citizen of the Year.

“Welcoming a board member with such deep roots in our community is always a pleasure. Nonetheless, welcoming one with such a commitment to improving our community only advances our hospital’s level of distinction,” says Sparrow Carson Hospital President and CEO Matt Thompson.

Wiles has another distinction: On Friday mornings you can find her playing the piano in the main lobby as a Sparrow Carson Volunteer.