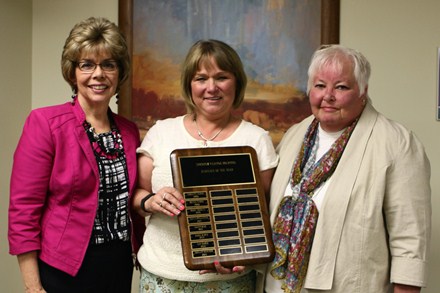 Members of the Sparrow Clinton Hospital Auxiliary held their annual installation meeting on May 20, naming officers and leaders for the coming year.

Outgoing President Gay Baker was recognized for her service. Baker served as co-president from 2013-15, sharing that position the first year with Robin Ingalls and the second year with Shelley Redman. Co-presidents for the current year are Shelley Redman and Angie Beals.

The Sparrow Clinton Hospital Auxiliary breaks for the summer and reconvenes in September. New members are welcome. To learn more about the Auxiliary, call Shelley Gunther at 989.224.6137.