Sparrow honors Physicians of the Year, adds to Hall of Fame

LANSING, MI – Two Sparrow physicians who distinguished themselves for outstanding work in 2021 have been jointly named as Sparrow’s Physicians of the Year.

After a year dominated once again by the COVID pandemic, 11 physicians received the Sparrow Physician Leadership Award for their incredible work in providing critical care to patients under the most trying of circumstances.

Six longtime doctors who come from vastly different specialties but who have made a mark in improving the community’s healthcare were inducted into the Sparrow Physicians Hall of Fame during a special ceremony Saturday.

Sparrow is proud to recognize some of the more than 1,200 highly skilled Sparrow physicians who provide leading-edge medicine and are transforming care in the Mid-Michigan region. Sparrow physicians put the needs of our patients first every day and have been innovative national leaders during the pandemic.

“The compassion and commitment that all physicians showed during the pandemic was superlative, something I’ll never forget,” said Karen Kent VanGorder, M.D., Chief Medical and Quality Officer for Sparrow Health System. “But these intensivists, taking care of so many of the very sickest and dying patients, were exemplary as leaders to all of us.” 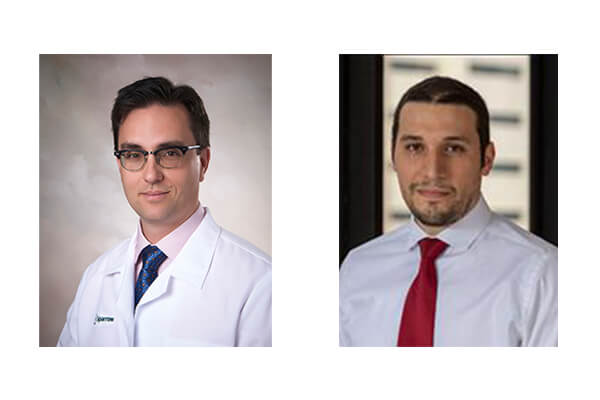 Dr. Croft was a valuable member of Sparrow’s Incident Command during the pandemic. He used his computer coding skills to plot out large amounts of data that helped guide Sparrow’s resources and care, especially valuable during critical COVID surges.

Dr. Farhat has joined both the University of Michigan Pediatric Critical Care Division and Sparrow Hospital Children’s Center Pediatric Intensive Care Unit as part of a joint venture between Sparrow and Michigan Medicine. He is widely respected for his compassionate care toward his young patients and for his medical research. He also gained attention during 2021 by being on the scene of a serious accident on I-496 and responding immediately to save several of the young victims.

Named as winners of the Physician Leadership Award were:

Inductees into Sparrow’s Physician Hall of Fame can be nominated by colleagues or members of the community. This year’s inductees included:

To learn more about Sparrow physicians, go to Sparrow.org.

Sparrow Health System is Mid-Michigan’s premier healthcare organization and includes hospitals in Lansing, Carson City, Charlotte, Ionia and St. Johns, as well as Sparrow Specialty Hospital, Physicians Health Plan, Sparrow Care Network, Sparrow Medical Group and the Michigan Athletic Club. Sparrow is affiliated with Michigan Medicine through the Sparrow Children’s Center and with Michigan State University’s three human health colleges. Through these partnerships and the dedication of our 10,000 caregivers, Sparrow pursues a vision to be nationally recognized as a leader in quality and patient experience. For more information, visit Sparrow.org.