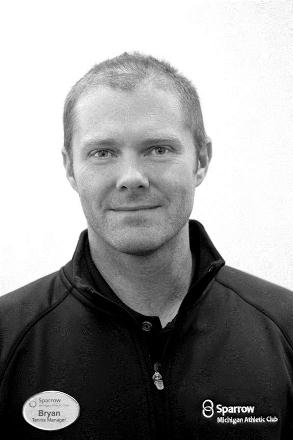 Sparrow Michigan Athletic Club (MAC) is pleased to welcome 20-year veteran tennis coach Bryan Dirk, who joins the staff as tennis manager. Prior to joining the MAC, Dirk served as the general manager and director of tennis for the Yonahlossee Racquet Club in Boone, NC, where he was recognized as United States Professional Tennis Association (USPTA) North Carolina Tennis Professional of the Year. Dirk has a bachelor's degree from Texas A & M and holds an USPTA Elite Instructor certification. Dirk has also earned High Performance Coaching credentials from the United States Tennis Association.

"I love coming into a club that is so strong," said Dirk. "The tennis facilities and professionals are all top-notch. Plus the added bonus of the MAC’s fitness, aquatics and amenities are amazing."

“What sets the MAC tennis experience apart is the opportunity to utilize the MAC’s Xtreme Performance Academy to improve tennis players by improving their overall athleticism. Other clubs have fitness facilities, but the MAC has equipment, facilities, trainers, and a program that allows a tennis player to train their overall game," he said. "We can take a good core tennis player with core athletic skills and bring that out by working off the court."

Dirk said his coaching style is interactive. He believes in listening to and teaming with a player to help a person reach their potential.

"I adjust my style to the player. Different approaches are needed for a junior versus an adult, and then the person’s goals can come into play."