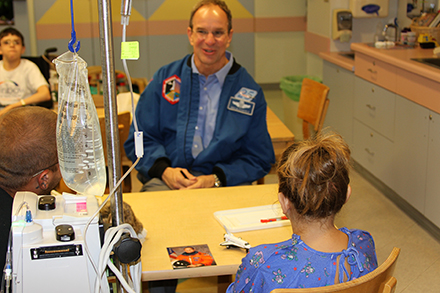 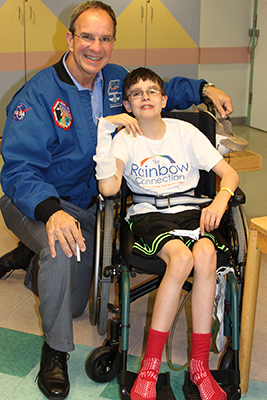 During his visit he talked about what it was like to live without gravity – like trying to turn a door knob but you move in a circle instead, or having to put duct tape on the wall sticky side out to hold things in place while you’re working on them. And of course there was talk of how you eat and go to the bathroom in space… and even mention of a practical joke or two.

He autographed photos, handed out miniature space shuttle toys, and gave everyone - moms and dads, Caregivers too, a moment away from the hospital and the confines of earth.