Sparrow's New Year's Baby waited until 2012 to make his debut 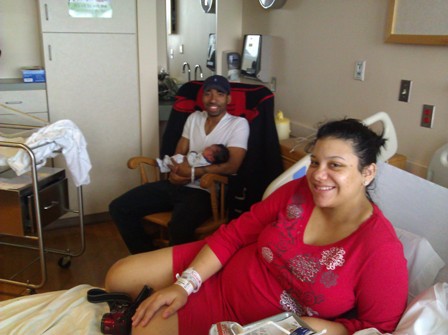 LANSING, Mich. - Sparrow's 2012 New Year's Baby was expected to arrive before Christmas, but waited to make his debut until 12:30 a.m. today.

Jeremiah Monroe Anderson of Lansing and his parents received an infant car seat along with a teddy bear, gifts and a gift card from Sparrow.

He is the first child of Jazmin Johnson, 20, and Paul Anderson, 24, and weighed in at 7 pounds, 10 ounces. The baby was due to be born on Dec. 22, but Johnson said it is exciting that he ended up being the New Year's Baby.

"We had it in our minds that he'd be here for Christmas," said Johnson. "He had presents under the tree and everything."

Sparrow is mid-Michigan's most popular birthing center, delivering about 4,000 babies a year. In March 2011, Sparrow celebrated its 250,000th delivery, just one day before the hospital's 115th anniversary. For more information on Sparrow's Birthing Services, visit Sparrow.org/birthing.