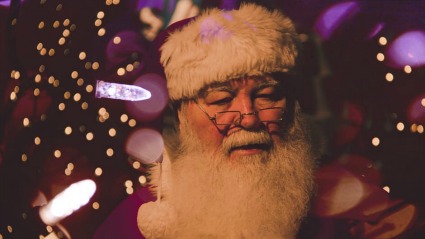 LANSING, MI – Several young Sparrow Patients, along with their loved ones and Sparrow Caregivers, will take a jaunt to the North Pole this morning for a sneak peek at how Santa is readying for the holiday. The three local youngsters, from Lansing and Dansville, are among 70 young children with life-threatening illnesses who will participate in the annual fantasy “Flight to the North Pole,” hosted by the Silverliners, former flight attendants for Eastern Airlines. The children – who have been diagnosed with leukemia or neuroblastoma – will gather at Detroit Metro Airport and first be entertained by Shriner clowns and well-known local mascots from the Detroit Lions, Tigers, and others. They will then board a plane while the pilots rev the engines for take-off. The plane never actually leaves the ground, however. The children will be instructed to keep their window shades down because it’s so bright in the North Pole and the plane will taxi to a parking area, where the youngsters will then greeted by elves and toy soldiers. They will be escorted to a banquet room where they will receive presents and treats, be entertained by actors doing a skit from “Frozen” and, of course, meet Santa himself. The local youngsters will be accompanied by a family member and two Caregivers from the Sparrow Children’s Center. Sparrow is among six Michigan hospitals that have been invited to be part of the event, which has been sponsored by the Silverliners for 30 years and is also being held in various cities throughout the United States. Choose Wisely. Choose Sparrow.