These defects are present at birth (congenital), but symptoms can occur in infancy or later in life. Symptoms are caused by some portion of the ring pressing against the trachea or esophagus or both.

Some people with vascular rings don't have symptoms, but vascular rings that press against the trachea and esophagus can lead to breathing and digestive problems. Respiratory signs and symptoms may include:

Digestive signs and symptoms may include:

People with vascular rings may also have other congenital heart defects. 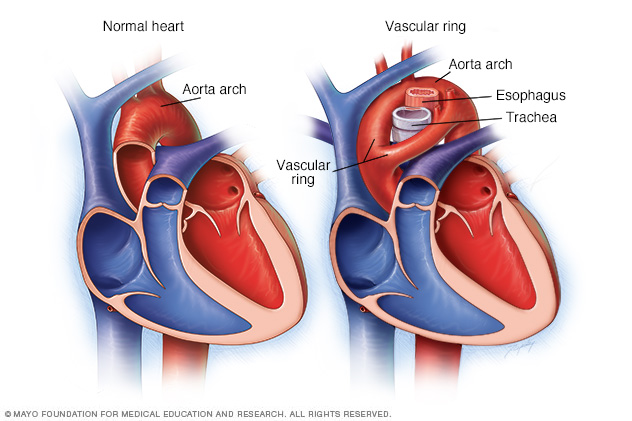 To diagnose vascular rings and rule out other conditions that may be causing the symptoms, your doctor may review your child's signs and symptoms, do a physical exam, and order tests that may include:

Different surgical approaches may be used, depending on the specific malformation.