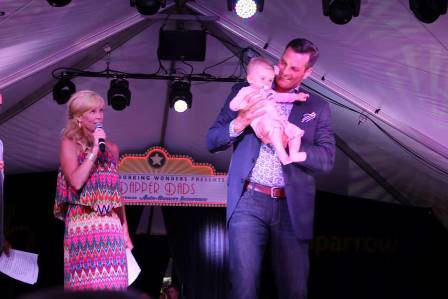 Thirteen of the region’s leading men are featured in the Dapper Dads 2016 calendar, a great Christmas gift that benefits the health of women in mid-Michigan.

The calendar is available for purchase now at SparrowFoundation.org/DapperDads.

The calendar is the crowning achievement of the Sixth Annual Dapper Dads Challenge and Fashion Show, which was hosted at Kositchek’s men’s clothing store earlier this year by Women Working Wonders (W3) and the Sparrow Foundation.

The fashion show featured dozens of leaders in business, sports and media competing for online votes and donations.

This year’s top Dapper Dad is Fred Schaard, Managing Principal and President of Rehmann Financial. Rehmann is featured as January’s Dapper Dad. He won the leading spot by garnering 13,322 votes, raising more than $66,115 raised for women’s health in the mid-Michigan region. Each month features other top Dapper Dads vote-getters.

W3 is a Sparrow Foundation volunteer program that supports the physical and psychological health of women through community leadership, resource development and outreach initiatives.