Sparrow honors 2012 Physician of the Year

They, along with five others inducted into Sparrow's Physician Hall of Fame, were honored during the 2012 Physician Recognition Dinner on April 28 at the Country Club of Lansing. The annual dinner is hosted by the Sparrow Women's Board of Managers and sponsored by PNC Bank.

Dr. Smith is director of the Sparrow/Michigan State University Family Medicine Residency Program and has made a lasting mark by training a majority of family practice physicians at Sparrow. He is a dedicated physician and educator who has also been recognized for his volunteer work in the community.

Dr. Smith has been described as both a renaissance physician on the cutting edge of therapy and an old-time doctor who still makes house calls and delivers babies.

In addition to the award bestowed on Dr. Smith, Dr. Kepros was honored with the Physician Leadership award for outstanding leadership while still early in his career. Dr. Kepros, Medical Director of Trauma at Sparrow since 2004, has distinguished himself as a physician, teacher, mentor, lecturer and administrator.

Inductees into Sparrow's Physician Hall of Fame can be nominated by work colleagues or members of the community. This year's inductees were:

• Dominic Barberio, D.O., Sparrow's Chief of the Department of Psychiatry and known for being an advocate for the needs of the disenfranchised and disadvantaged.

• Wayne Hanish, D.O. (posthumously), a Sparrow anesthesiologist known for his humor and kind manner. In 2008, the Physician Anesthesia Service contribution for the new surgical waiting room at Sparrow was dedicated in his memory.

• Edward C. Sladek, M.D., an orthopedic surgeon who has served as Sparrow's Section Chief of Orthopedic Surgery and Chief of the Department of Surgery. 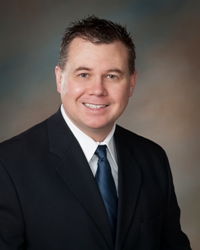