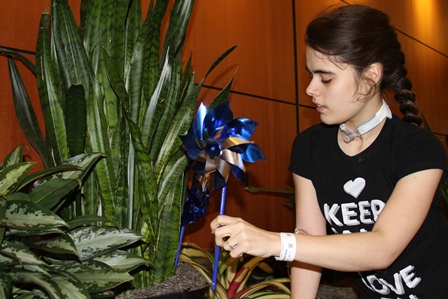 A group of Sparrow Pediatric Residents and Pediatric Patients created a pinwheel garden in the planters of the Sparrow Hospital lobby on Monday, April 20, to raise awareness for the prevention of child abuse. They also want to highlight the 7th annual State of Michigan’s Prevention Awareness Day rally on April 23 at 11 a.m. in front of the State Capitol. 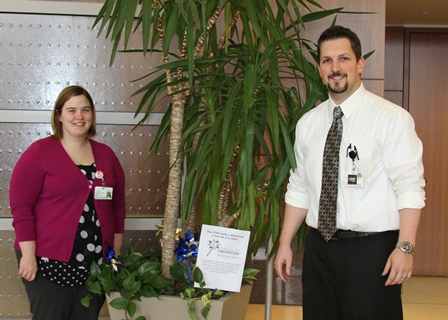 “April is Child Abuse Awareness Month. We felt it was important to raise awareness in the community as this is a very preventable problem that is still seen in the mid-Michigan region quite often,” said Lee Murphy, D.O., who spearheaded the effort along with fellow Pediatric Residents Mo’ath AlHamad, M.D., and Ashley Pence, D.O. 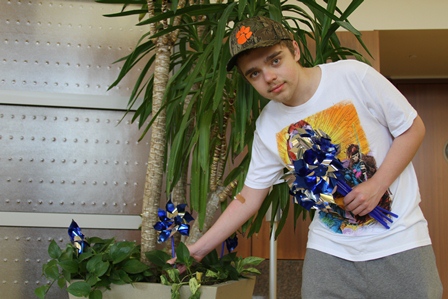 The Sparrow pinwheel garden is part of Pinwheels for Prevention, a national campaignto prevent the abuse and neglect of our nation's children, and to transform that awarenessinto action. The pinwheel is intended to remind us of childlike notions and stands for the chance at healthy, happy, and full lives that all children deserve.