Volunteer of the Month for October 2018 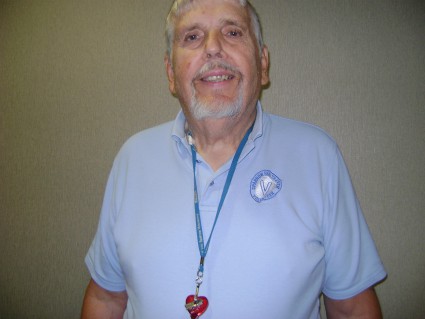 The Sparrow Women’s Board of Managers and the Sparrow Volunteer Services Department have named Tolbert (Toby) Carter the October Volunteer of the Month. Toby, also known as the “Popcorn Man” is President and Treasurer of the Popcorn League at St. Lawrence campus. He has been a volunteer in this league for over 10 years. Toby states that he enjoys popping and selling popcorn because he meets so many of the Sparrow staff stopping over to get some popcorn. He has many steady customers. He also buys all his supplies and serves as treasurer. Carter also has volunteered at the Heart Center for over 10 years where he enjoys many hugs as he comforts Sparrow’s patients and families. You could say he has the “heart” for this position. Toby grew up in Pontiac, attended Central Michigan, Eastern and Wayne State universities and earned a degree in Education specializing in Biology followed by 30 yrs. as a high school science teacher at Clarkston High School where he met his wife, Jeanne, who was a math teacher. She was Volunteer of the Month for January 2018. When asked, “What brought you to Sparrow?”, he says, “my wife”. Toby and Jeanne have one daughter and one son and two grandchildren. They have taken the grand children on a “world tour”. In his spare time, he loves to read and is attending a class on how to write his own memoir. Toby is said to have a real commitment to serving which has certainly paid off for him and for Sparrow. In 2017, $1000 was donated to the Herbert Herman Cancer Center. He said he is close to adding another $1000 from his popcorn sales. The Sparrow Women’s Board takes great pride in honoring volunteers like Toby Carter who share their time and talent for the benefit of Sparrow’s patients and families. To learn more about volunteering at Sparrow, please visit Sparrow.org or call our office at 517-364-3606, option 1.