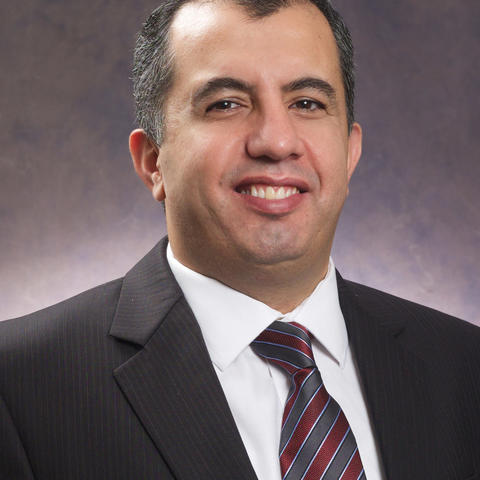 Hussein M. Ali-Ahmad, M.D., is board certified by the American Board of Oncology, American Board of Hematology and the American Board of International Medicine. Before joining Sparrow’s oncology team, Dr. Ali-Ahmad practiced at Roswell Park Center Institute Oncology P.C. His education and medical training started at Lebanese University. Graduating in 2001, he moved from Faculty Sciences to Faculty of Medical Science to earn his Doctor of Medicine Diploma. He then completed his internal medicine residency. Dr. Ali-Ahmad also completed a second postgraduate internal medicine residency at BronxCare Health System in New York City prior to becoming a Fellow in Hematology/Oncology at Oklahoma University Health Sciences Center. He is a member of the American Society of Hematology, American Society of Clinical Oncology, American Medical Association, American College of Physicians, and Lebanese Order of Physicians. His honors and awards include a full academic scholarship at Lebanese University and a Medal of Excellency, both from the Board of Specialization and Academic Orientation. Dr. Ali-Ahmad has been published in clinical advances in hematology and oncology, and developed a case presentation and review of literature addressing the hydatid cyst of the kidney for Lebanese University. Several of his reviews have been officially presented at Oklahoma University Medical Center.
Hospitals
E.W. Sparrow Hospital
Sparrow Clinton Hospital
Sparrow Carson Hospital
Sparrow Ionia Hospital
Sparrow Eaton Hospital
Gender
Male
Department
Hematology